You are here: Home / Take The BJJ Intensity Personality Test 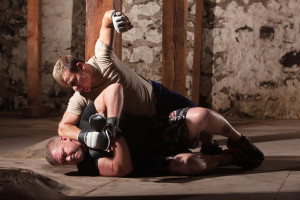 On an intensity scale of 1-10, what number do you spend most of your time rolling at? Not in competition, where it’s understandably high, but in class, where most of your growth happens.

Which of these is your intensity level MOST of the time?

Only an unwise, or high level, few dare to roll with you. You’ve been kicked out of one or more schools because you couldn’t chill out. You likely started BJJ after watching videos and duking it out with an equally sociopathic friend. You like the Dog Brothers. You will lose interest in BJJ after experiencing discouragement upon teachers and higher belts telling you not to be a jerk, when all you want to do is grapple “for real,” but you may not quit altogether until an injury puts you out.

You are young, or have “dad strength.” You’re probably not a high belt yet. You might have/had a job, duty, or experiences in which you’ve seen what happens when shit gets real. A keen interest or awareness of real violence disallows you from letting fully go. People’s talk of flow either never sinks in, or makes you question your choice of training environment. You’ve hurt more than your share of people during rolls, and may or may not realize this. A good teacher, or bad experience will hopefully clue you in and tone you down. The “heart” you show will be an asset then, if you can get there.

You’re out of breath and covered in sweat after good rolls. You may be a reforming 7/8. You may be a “competitor” (generally, or sport BJJ). You have a group of people you like rolling with because they bring it, and you get to constantly test each other’s game at a pace not everyone is up for. You may or may not be just as uninterested in rolling with people “keeping it playful” as they are with rolling with you. When you roll with people outside of your high-intensity inner circle, it is because you are having a “learning” day, or they are having a “put it to the test” day. Small injuries are common for you, and maybe a source of pride deep down, but above a certain rank, you’re in control enough to prevent major injury to yourself and others.

You’re the desirable average jiu jitsu practitioner at most gyms, and have a pace that allows for both people to learn something without risk of injury. You’re not a push-over, but you don’t mind losing moments or matches at this intensity. If you miss a move or your defense at a 3 or 4, and opt not to up the intensity to compensate (muscle up to an 8 to get out of a position you shouldn’t have gotten into), you’ll eventually learn to react with the correct response having never left a 3 or 4. This is a long, and at times frustrating, road, but results in a game that is sustainable, both through a long match, and for the long-term. You can train until just about any age at this intensity level, if you remain uninjured.

1.) You’re a white belt, and probably hear you’re “the nicest person ever” frequently. You’ll get your blue belt when you show some “heart” in addition to knowledge of the moves. You heard right–relaxing is good–but you can’t just let it all happen to you. You’re showing a bit too much deference to everyone. Integrity of body positions, frames, hip angles, etc. must occasionally be maintained using co-contraction of major muscle groups, or at most, a bit of core strength. Perhaps it’s true that you need to develop that strength. You’re in danger of getting annihilated in a real-world situation or jiu jitsu competition (where the going intensity is much higher), unless you step up your confidence and killer instinct. It’s harder to add the latter, but it’s most definitely doable as your technique and confidence improve, and a new breed of students join and you become one of the people they look up to.

2.) Using the least number of muscular energy necessary at any given moment, you are a zen master of jiu jitsu. 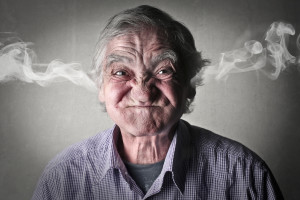 The closest to a 10 I ever saw was a Brazilian black belt who must have thought something needed to be established in our first ever roll. We had mutual friends, and the encounter was by all other measures friendly, but the second I had the temerity to try to impose the slightest bit of will, he absolutely smashed me. About 50 pounds heavier than me, he broke one of my ribs, and nearly squeezed my ears off of my head with his inner thighs. It wasn’t necessary, and obviously wasn’t appreciated, but I continued a friendly learning relationship with him afterwards, taking mental note that these people exist.

I’m can’t endorse this type of Tensmanship, but I do have my moments of boosted intensity (in my case, probably boosting from 2 or 3 to a 5 or 6). Usually:

• When I get hit–either hard, or because my opponent was doing something stupid, including…
• When my opponent is tone deaf to my low-intensity-ness and earns my angst
• When I realize once rolling, that an opponent has lied about their experience or motivations that day
• When a move almost works on me (like getting hit gets a boxer going) I bump up momentarily, usually falling back down to my usual, after a moment

I have seen most of the training partners or teachers I respect do the same in the same situations, so think of this less as a confession than a profession of humanness. 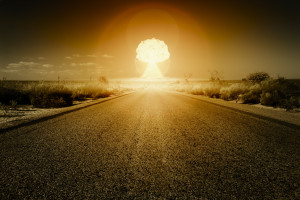 A Reflection On “Explosiveness”

Over the last couple of years, I have added “explosiveness” to my game. To be fair, it should be included as an intensity-boost, because isn’t it just a second or two at an eight?

I think having unpredictable moments of these is good, provided the level of expertise has been reached at which potential injuries are seen by the exploder, and both people can be kept safe.

As a smaller guy who has gotten hurt by it, I’ve definitely had hate in my heart for explosiveness, but have come around to its safe use. Moments of explosiveness in an otherwise sustainably relaxed game add just another aspect that will keep an opponent guessing.