You are here: Home / The BJJ Curriculum: Structuring The Chaos

The BJJ Curriculum: Structuring The Chaos 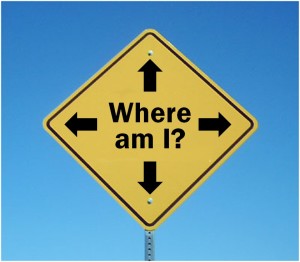 When I was a white belt, I yearned badly for a move-by-move BJJ curriculum, and also for sign posts to let me know where I was on my path (toward advancement). Not having one, and, in fact, being told that having one would be a mistake, was frustrating to me. I agitated to be given one to no avail, and after a year or so, as I began teaching some classes, I petitioned my own teacher to allow me to create one for those coming up behind me, and was refused again.

I created one for myself anyway. I kept notes, separating moves by position, and submission type, etcetera, and increasing the detail with which I notated what I learned. Others around me did not feel the need to do this, and excelled just the same; many, faster.

For me, it was helpful, however.

Just by the act of breaking things out, I saw them in new ways, and I reassembled information in new ways many times, learning more each time about cross-connections, and noticing eventually (what was probably the most helpful lesson of all that work), that there would ultimately be no easy way to perfectly graph the art out, “so get back on the mat.” The attempt was supplementally helpful nonetheless, and continued, in many different forms, still doing so today, though less religiously.

It is human nature to “control the chaos.” Jiu jitsu is limitless, and chaotic. There are as many movements as a human body can possibly make, times two bodies!

Of course it would be an improvement on this archaic oral tradition to fit things onto a grid for easier consumption! 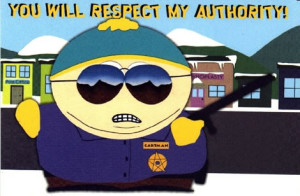 One thing about a BJJ curriculum is, that methodology also has unseen implications that are dictated, however subtly. The mere act of putting the techniques of any art on a grid changes the learning experience for the student into one of trying to understand, fit themselves into, or even game the matrix of the individual/s who created it.

Because, that is what is truly reflected in a curriculum: the author.

Students: are you prepared to accept the author’s definition of BJJ for yourself, and operate throughout your entire path by that person’s view of the art? Acknowledging the fact that you are surrendering yourself to that person’s worldview, be sure you see them as an authority to do so.

So, who has the “right” to properly prescribe what we understand to be jiu jitsu today?

There is, in fact, a curriculum that Helio Gracie and Carlos Gracie followed. These were the creators of BJJ. Their sons have put together curricula as well; for example, Rickson Gracie created the curriculum used throughout his network, and that of Pedro Sauer. Decisions were made by these seminal masters about what a blue belt should know, and purple belt, and sometimes beyond (sometimes not).

Promotions have historically depended on the understanding of a certain number of techniques, but other things were considered as well: time on the mat, dedication, helping others, and, if you look at Helio Gracie’s requirements, personal characteristics, such as courage, integrity and hygiene. 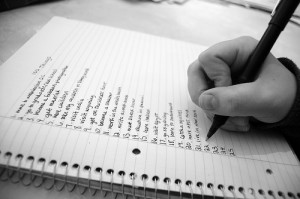 When I was a boy scout, I got a ton of pins one summer by figuring out which of the tasks could be most easily and quickly completed, and attacking that list. Was that what being a boy scout was about?

What do you do with lists of things? How do they influence your behavior? When you have a list of 200 things to learn, to what depth do you explore the first? The last? If you had 15 errands to run, how patiently would you wait in line at the first checkout?

It will be vital for any student using a BJJ curriculum to put blinders on to the volume of techniques they may see, and to delve deeply into each technique, so not to do what we naturally do with lists of things… bang down them for that single feeling of accomplishment at the end.

It will be best for some students to close their eyes completely, and show up to class with a focus on taking one thing away each day. It might be an idea for instructors creating curricula to think about including, rather than specific moves, general descriptions of moves or movements that should be mastered in broader time periods as well (e.g. a certain number of sweeps from guard during blue belt, or some level of proficiency in spider guard during purple).

Are you a student? What do you really want? A higher belt, or the knowledge?

It is called a promotion, but you don’t get paid more to attend class wearing a higher belt. What does increase is the desire of those around you to take you on with less restraint. Focus on knowing more. Focus on seeing more. Focus on your ability to remember a couple of moves back, when the trouble that led to your tap began. Then you’ll begin to find some semblance of order in the chaos of rolling, and class. 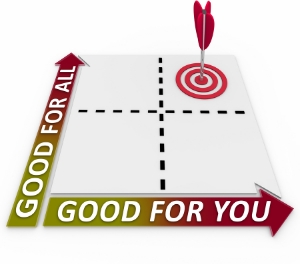 Are you an instructor or BJJ school owner? What matters most, what your students think they need, or what you decide as their coach that they need? Do you end the drills when they’re complaining, or do you encourage them through the difficulty because of the benefit both of you know that you as coach will provide?

Just as a student wants a quick fix for their own novice, and may ache for more structure, a teacher, ungirded against the pressure that frustrated, newer students’ agitation will create on them (and their business), may find peace in the creation or deep specification of a BJJ curriculum.

This helps put to bed the question “When, and how will I advance?” but did that question require an answer? Or could it be seen as akin to “How many more pushups?” (i.e. not requiring an answer, per se, just your encouragement)?

My favorite instructors do use loose criteria to help maintain a certain level of encouragement, and to help themselves and their staffs stay aware of the progress of individual students, and the school agenda for the month. This approach is good. Make sure the students aren’t coercing a map or a promise of advancement out of you for their token understanding of X or Y technique.

If It Was Me

I know that a few years ago, after a lot of hard work on my latest iteration of a BJJ spreadsheet, if I was in a position to, I would have said to my own school of students, “Here’s how I’ve broken down BJJ; let’s work off this.” Imagining it, I wonder if that would be hubristic, especially as a pre-black belt.

Because, had I boiled down the “real” jiu jitsu? Is there one? Are there many? Do we get to make it what we want? Are self-defense-, sport-, and MMA-focused BJJ’s compatible, the same thing, separate but equal, or separate and unequal? One may not have to be a black belt to devise a better delivery system, but what nuances would be missed by an “undergrad?”

In the end, when it comes to use of a move-by-move specific BJJ curriculum, some schools’ dismiss it, and some thrive by it. The challenge of creating one would be very exciting to me, but I could imagine finishing one and saying, “Wait, should I promote this to students, or was this exercise just for me?” Until I’m a black belt, or unless it was a general sketch, that’s all it could be.

Ultimately, friends and (fellow?) BJJ curriculum designers, be clear on all of these things in your mind, and procede with open eyes. Your inclusions and exclusions will dictate students’ entire reality. If you left something out, had it been there for a reason? Go as close to the source as possible for answers, and be careful!

Being Told Vs. Figuring It Out

Famously, Napoleon Hill’s book Think And Grow Rich, in which the author had interviewed rich and successful people and was presenting his results, the narrator repeatedly tells the reader there is one thing they must do if they are to become rich, but it is never outright said. Instead, example after example are given, in which the principle at play is used. Part of the power of the book is this decision by the author to allow the reader room to conclude on their own what the lesson is. 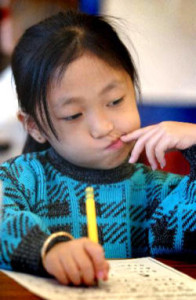 I wonder, thinking about my own journey, and my own stifled desire for explicit structure and a BJJ curriculum… does each individual’s personal struggle to find the order within the chaos of jiu jitsu comprise one of the most important parts of the journey? Finding my version of order within the chaos has been huge for my process!

Is the converse true? Does a curriculum that breaks jiu jitsu into a list of techniques decrease that struggle and deprive students of it in some way?

Or does devising a BJJ curriculum leave plenty of chaos, thank you very much, but just take the edge off enough to ameliorate drop-out rates? Students are happy, teacher is happy.

As the BJJ curriculum becomes the norm at schools around the world, it is good for us all to ask ourselves these questions, think about our own journey, and remember that our worldview, shaped by our instructors, often really reflects theirs. For expansion of one’s outlook, I can’t recommend visiting many schools highly enough, nor investigating the roots and forefathers of jiu jitsu!

Posted in On Training, Teaching