You are here: Home / BJJ Vs Hip-Hop

I don’t listen to hip hop often, but have long appreciated the energy and power of it’s birth and expansion as a culture. Perhaps it will sound strange, but I keep coming back to this comparison of hip hop and jiu jitsu cultures lately, in my mind… 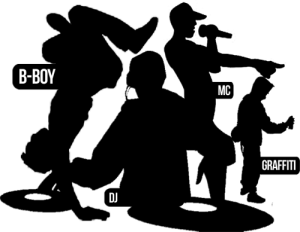 Hip hop has its fundamental 4 (or 5, depending how you count) cultural elements: DJing (turntablism), MCing (rapping) and beatboxing, graffiti, and breaking. These are stated fundamental elements, that call upon dedicated members of that culture to educate themselves about,and grow through the expression of each.

Many would argue that hip hop has been diluted in many ways since its inception, and purists today hold onto the early elements, in order to hold onto that energy that the culture originally appeared with.

What are the fundamental cultural elements of jiu jitsu?

Those who make it a focal point of their lives to improve their jiu jitsu game tend to branch out into other elements of the culture surrounding it. It’s what brought me to blogging – BJJ has morphed into more of a culture and a lifestyle. Certainly for me… there are many areas of my life touched by my immersion in jiu jitsu.

Here are some possible fundamental elements: 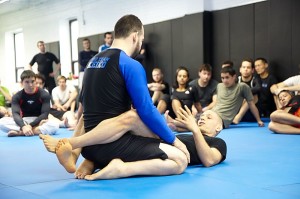 Training is where most of us start.

Jiu jitsu is simply a sequence of positions we move our bodies through in connection with and in reaction to one another. It’s amazing to boil it down to something so simple, and then remember how profoundly many people are consumed by this martial art.

Many articles have and will be written, including by me, about how to train, and how often, and sequences of movements to learn, or general learning approaches that result in faster learning.

Of course, training is the fundamental element. 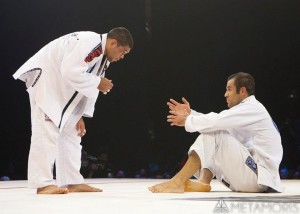 In an era in which so many thousands of hours of great jiu jitsu are free and only as far away as our computers, spectating is a huge part of this lifestyle, and might come before even training, chronologically.

Video tutorials, UFC fights, broadcast jiu jitsu tournament bouts, and even regular BJJ news and interview programs are all available now. These shrink the world, and bring some of the world’s best practitioners before all of us interested, and bring us together in shared appreciation and faster collective consciousness of what new benchmarks are being attained, motivating us all.

A certain celebrity comes with high level jiu jitsu play now, and the names are the new heroes to the spectating BJJ players (and non-BJJ-players alike). Today, especially, spectating is a fundamental element of jiu jitsu. 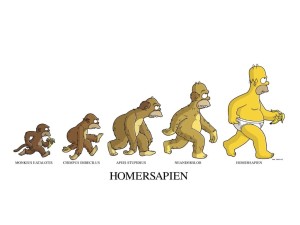 Jiu jitsu forces us to face our greatest fears, our greatest demons, our weakest selves, and our rarely seen inner-beasts. A clash, and reconciliation of the most evolved, most sportsmanly parts of our selves, and our kill-or-be-killed lizard brains comes through facing the challenges jiu jitsu presents us.

You simply cannot train for very long without discovering that you are working on yourself at the same time, and the fruits of that work are starting to spill over into other parts of your life. If you reach the point at which thousands of mat-hours have availed you a black belt, chances are that off the mat, you’re 10 times the person you were when you started as well.

For some this happens unconsciously. For others, it becomes a very conscious undertaking, in which they not only become aware of the improvements to their attitude, or energy, or desire and capacity to expand themselves or help others, but they deliberately work to supercharge it. 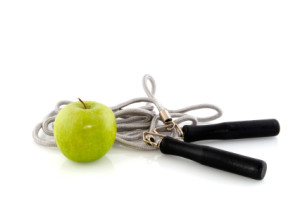 As jiu jitsu brings awareness, power, and agility to our bodies, many see improvement in appearance or function, and seeking more of it, begin down a path of health-improvement, through diet, exercise, or both.

Whatever the approach (Gracie Diet, CrossFit, Paleo Diet, 5:2 Diet, juicing, BJJ workouts, agility-ball exercises), practitioners of BJJ tend to find themselves surrounded with people who know, and will share about diet or exercise. Many hit a point at which they accept the impact a change may make on their BJJ game, and life, and start experimenting with implementing diet and exercise regimens. 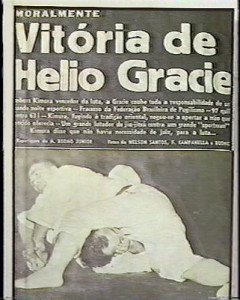 As I mentioned in my Portuguese Brazilian For BJJ post, I seem to notice that I’ve had lots of friends who, upon reaching a higher level of BJJ, decide they’d like to explore the roots of jiu jitsu in Brazil. This manifests either in a dream trip to the country itself, or simply the study of Brazilian language or culture.

I think, perhaps rightly, connecting to the culture of the place where jiu jitsu as we practice it is a fundamental element to fully being able to appreciate it. Beyond simply knowing about your roots, exists a level of understanding them, viscerally, through seeking an first-person experience of them.

Close To The Edge 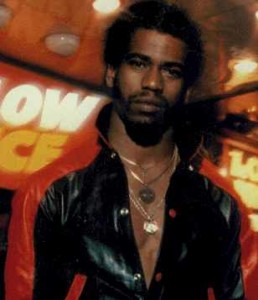 I think BJJ in the early 90’s in the United States was what hip hop was in the early 80’s. Fresh, and new, and pure, and exciting, and angsty, and ready to be discovered.

Perhaps that means BJJ is going through a period like hip hop in the late 80’s/early 90’s, in which it had been discovered, was becoming popular enough to garner “mainstream” interest, and was just beginning to be raided for commodification and exploitation.

What better time to establish an understanding of just what fundamentally makes this culture great, so we can be sure to hold onto it?

What do you think? Do you see the comparison? Did I miss any fundamental elements? Always grateful for feedback in the form of blog comments!
Posted in Journal