You are here: Home / GFV Training Is Heating Up For The New England Submission Only Tournament

The best tournament I’ve ever been to or taken part in has to be the New England Submission Only Tournament, and it’s coming up again in a couple of weeks.

I liked it as much as I did last year because it was fun. I wasn’t overly concerned about being injured, because we are friends with most of the schools there, and also because people weren’t spazzing for points. Instead, they were being calculated about trying to conserve energy and get the submission. My favorite way to train.

I got a silver medal last year, which was only important to me because the medals are SO COOL (see pics below). Brad Wolfson and Rob Magao really have not settled in any department in creating this great tournament.

This year, both Lisa and I are taking part in the NE Sub Only. Lisa competed once before, just a month or two after beginning sparring at all, and, though she lost her match, I was really proud of how she kept her cool, and correctly survived without getting into a spaz match for points. Her opponent couldn’t really do anything to her, despite getting position.

This year, I think all of us who train with her at Gracie Farmington Valley know Lisa is (still impossible to catch, and) great at positional improvement, and a real threat from dominant positions. I can’t wait to see her match, because, regardless of outcome, I know she will show some great jiu jitsu.

Last night we had some great sparring at Gracie Farmington Valley, as teammates prepare for their matches. Guys of every level are competing, and it’s great to work with all levels of player as they start getting serious like this. White belts are asking more questions and honing in on what they need to tidy up, as are blue and purple belts.

Win or lose, you’re guaranteed to change your game through the experience of competing.

The adrenaline is a good test of what stays with you under duress, and it also serves to really sear the memory of your moves in action (succeed or fail) into your brain for future obsessing and parsing.

I’m not a tournament guy, but I see the pros, especially in a safer friendlier environment like the NE Sub Only will be. Great to be part of such a great team gearing up, too. 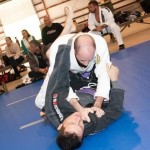 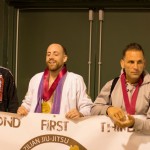 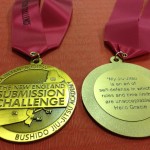 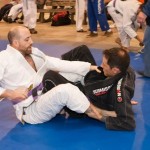 Posted in Competing, On Training