I’ve been in training for the New England Submissions Only Challenge for a while now, but tonight I put my money down. There’s definitely a difference between knowing you’re planning on doing something, and making the commitment to do it.

(As coincidence has it, I also mailed the deposit and contract for our wedding location today. It’s a big “put your money where your mouth is” day!)

Training has not changed for the tournament, in fact I’ve had fewer private lessons and training days in the last month than has been the norm for the last year. The training time I have had has simply occurred with the creeping knowledge that it would soon be tested.

The feeling I have about committing today seems like the feeling I might have if a schoolyard adversary and I had a crescendoing feud for a while, but one of us has finally said “Ok, meet me after school at the basketball court.”

I feel the jitters, but in a good way. That feeling you get when you know you are pushing yourself outside your comfort zone, where all positive changes take place. 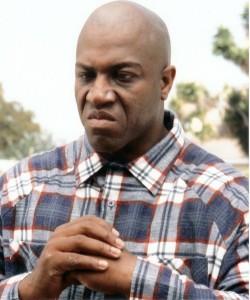 Who Wants Some Of Deebo?

The next moment in which the anticipation of the coming tournament will stand in new relief will be when registration closes over the next two weeks, and the brackets are released to the competitors, informing them who is in their division, and who their opponents will be.

I have visited a good number of schools in CT, or met many of those locals training long enough to be purple belts, so there is a decent chance that when I see the names, I’ll know the person’s name, or even game. Lots of acquaintances of mine have been promoted in the last year (and some to purple belt), so I can’t wait to see the division!

Some really tough purple belts will be fighting out of Gracie Farmington Valley, but so will I, so I wouldn’t be matched with them. I look forward to watching a group of practitioners I’ve gotten to know so well perform, though.

Part of me feels that I’m solid purple (2 stripes), and could fair well against newer purple belts, and part of me knows that where strengths meet deficits, anything can happen, and all schools train to different strengths. It’s no time to start panicking about weaknesses, but self-assessment now is normal.

The goal, however, is to remain uncommitted to outcome, but committed to training, and doing so in a manner consistent with what I’ve always learned to do, which is relax, take things as they come, be in the moment, learn with every roll, and roll with every learning experience.

Posted in Competing, On Training