You are here: Home / Why I Teach The Rorion (“Gracie Gift”) Guard Pass First

Why I Teach The Rorion (“Gracie Gift”) Guard Pass First

The move in dispute: 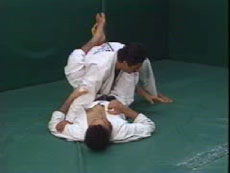 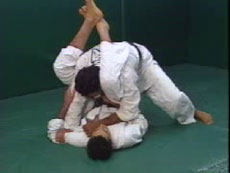 Right hand on the bicep, step up with the left foot, turn your hips, left hand through the gap created, get the leg onto your shoulder, and reach for the far shoulder, stacking up your opponent for the pass to side mount.

Many of us have learned it. Many have laughed at it as passé. But is there something there to reconsider?

Why I Teach It First

I Learned It First, And I [Still] Trust Those Instructors 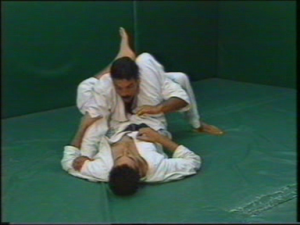 I have very few complaints about the way I learned BJJ early on. To be learning from Rorion, Royce, Caique, and Rolker in 1997 was an honor. In particular, I found Rorion’s teaching to be unfailingly paradigm-shifting every lesson. His teaching was as impressive as his jiu jitsu. He must have chosen this progression of knowledge for a reason.

Could it be that he hadn’t yet heard that “in the 70’s one of Rolls’ students ‘discovered’ the triangle?” Why didn’t anyone tell Rorion about the triangle? Oh, the embarrassment when he meets someone who knows the triangle.

The fact is, it was by design that these guys didn’t teach too many details the first round, and added them in as problems came up. I’m a proponent of this method.

Yes, the pass has inherent attack susceptibility, and admittedly, more than others. My teaching approach is to introduce this pass without getting into its vulnerabilities just yet. The reality is, every move has inherent problems, and to avoid moves that open you up to attack would mean just staying home from class.

Jiu jitsu, like all beautiful art forms, has tension and resolution. Like any good story or song, a student comes to class, is introduced to a dilemma that creates tension (“What do I do from if this happens?”), and given resolution (“Do this.”) Should we sully the resolution we’ve given by pointing out the new problem we now face? The answer is, we don’t need to, and the student benefits most by being given the chance to notice new tension for themselves. Let them cliff-hang themselves into returning to class. We feel smart when we notice what we need to learn next, and we are taking part in our own process. This is the genesis for many BJJ addictions.

Let The Magic Be 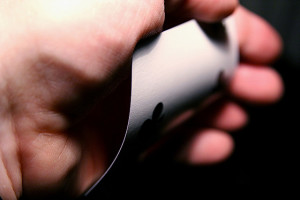 More instructors should understand that it undoes whatever good you did to teach the defense to a move or the attack to a defense in the same class. It’s like wowing somebody with a magic trick, and then showing them how it works. For a second, they thought “Oh, my god, you have to teach me that so I can dazzle everyone I know like you just did me.” Show them how right after, and they think the trick (not them) is kinda dumb.

I understand why instructors teach the defense on the same day as the attack, though, and it really is the same reason as the overly-permissive magician. It feels cool to have the answer. It feels cool to be the one with the news someone else is looking for.

Resisting doing so to maintain the impact of the original tension created is extremely difficult. But it’s the right thing to do for the student.

It’s necessary that a student believe they have the sweetest move in the world for a while, especially in the beginning, before you let them know that, among jiu jitsu practitioners, every “if” has a “then.” Anyway, the reality is, they do have a move that will work on most non-BJJ opponents, so they should take a bit of time to own it and feel good about it.

Getting Students Sparring-Ready As A Focus

Some might read this, and think back to the Rorion pass, and think, “Maybe, but why not just teach a move that has fewer inherent likely errors and weak points? It’s a better ‘magic trick,’ and will get the student better prepared sooner to successfully spar against anyone with a basic understanding of the triangle.”

I feel no pressure to get my students who don’t even know a guard pass yet “sparring-ready.” That’s a pitfall for instructors. It’s not about the fastest way to get them to succeeding while sparring. We all agree sparring is the most fun thing in the world, but, in my opinion, structured class is about helping students to confront, in a setting that is controlled (and can be ramped up with drilling), problems they’ll face when they are sparring, and have to answer questions for themselves when that time comes.

I’ve come here in a round about way, but this is my point…

This pass touches on so many basic skills that every student will need to learn. I assume this is why it is/was taught by the “old-schoolers” so pervasively. Here are skills that this pass develops, in order of appearance:

• Having base in the guard
• Having posture in the guard
• Being cognizant of, and reactive to, a second hand coming in the collar
• Not putting the hands on the mat from inside guard
• Changing the shape of their base without losing it
• Not using elbow pressure to make things happen in the guard
• Creating space using the skeletal shape of the hips as leverage
• Using leverage, not strength, to get the leg on the shoulder, even in the face of strength (squeezing)
• Securing the leg on the shoulder and using the full body against the strength of the opponent’s leg
• Stacking the leg in the correct direction (not just clearing the head, but imposing your will on the opponent who must “give” the pass)
• Securing the progress made during the pass (advance without losing ground, or base)
• Being heavy
• Expanding the chest to allow the leg to pass while never losing connection
• Settling into a good side mount

Susceptibility To The Triangle

Jay told me a story (that I might have been present for, as I think about it) about a seminar Royce was teaching this pass in, at which a student asked about its triangle susceptibility. Royce proceeded to invite everyone in the room, and not all low-level players, to put him in a triangle as he attempted this pass, and he calmly stacked every one to side mount.

Does that knee-jerk statement really cut it for you? After learning the “magic” behind all of the jiu jitsu you know so far only boiled down to simple details? You know that with the right information we can all accomplish what the best of us are doing.

Royce keeps the right elbow tight as he lowers himself beneath the leg, for one. He also keeps his head posture impeccably well. Lastly (and most overlooked), at the moment the leg passes from the side to the top of the left shoulder (whether by his or his opponent’s action), he adds the detail of opening his right elbow to a 90˚ angle, creating a target too big for the guard player to successfully lock up a triangle, while he comes around. By the time you start attacking this frame, he has stacked and passed you.

Practice What I Preach?

I think it would be cool if this was not only the fundamental guard pass I teach, but also the one I use the most. I have tried to swear that I’d start to make this work again for me, but haven’t stuck with that yet.

I do know that I strongly believe in this pass specifically as a valuable, and deeply rich early lesson for students.

Are you a jiu jitsu teacher? What do you think of this pass?