You are here: Home / Why I Like Wrist Locks (Less Abashedly Every Day)

Why I Like Wrist Locks (Less Abashedly Every Day)

Does a submission get less manly as the joint attacked gets smaller?

I certainly do not take kindly to finger bending. My longest-time training partners will remember the 2000 NAGA in which I was defeated with a finger “lock” (my opponent couldn’t pass my guard by leaning his forearm on my face, so grabbed my wrist with one hand and fingers with the other). Forever embedded in all of our ears is the repeated, displeased inquiry to the ref coming from our friend Mike Kayci from New York, “He bent iz fingiz??”

A lesson was learned in keeping an eye out for everything, though (which would be a necessary mindset in a street confrontation).

Small joint manipulation is lauded by some, including “Small Circle JuJitsu” creator, Wally Jay, shown here repeatedly annihilating his mulleted ukes’ fingers. As a guitarist and massage therapist this makes me cringe. Wrist can locks scare me a bit too, honestly. 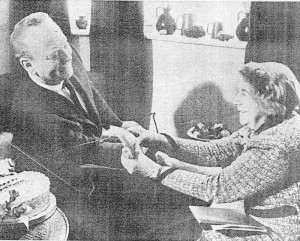 All the old ladies and I are doing it

The wrist is fair game, however, according to most lay BJJ ethicists I’ve spoken to or read.

They are not good techniques to teach white or early blue belts in my opinion, for about a million reasons, most notably including having better things to learn, and not yet having developed the awareness of their opponent’s danger to properly apply pressure. However, with appropriate awareness, and slow, deliberate application by experienced players, they can be great.

The big attraction for me lately is their ability to get my opponent to move. Whether my opponent taps, removes pressure on top, releases a guillotine (a very useful application) or other submission attempt, or changes direction in a way I can predict, I find wrist locks have real power in ground game.

People Have Mixed Reactions To Getting Caught In Wristlocks 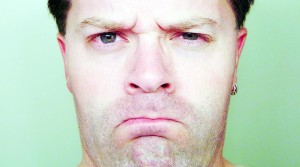 One should be aware, before getting too into hunting wrists, that people have varying reactions to them.

I would be hesitant to (actually, I would never) sneak an attempt on a higher level player whom I didn’t know well. The result would be an angry brown or black belt who has now been reminded that wrist locks are on the table. Among training partners with whom you’re familiar, though, I say go for it.

Feedback I get is, it’s annoying to my training partners, but there’s an overtone of respect for my execution in the comments, so I’m taking that as a begrudged “it’s annoying, but in the good way.” Maybe this is one of those places I should be asking “Am I The Jerk?”

Wrist Locks Are Not “Cheap” Moves 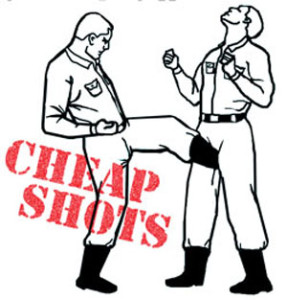 From the Army Field Manual

When I was a racquet sports enthusiast, I used varying depth of ball placement to mess with my opponents. Dropshot (barely over the net in tennis for example), lob (over their head), dropshot. Opponents had to run more to get to the ball, and by tiring them out or placing the ball right, I’d win.

Back then, I would hear them grumble about how “annoying” or “cheap” the shots or my strategy were. Basically similar chatter about wrist locks does not faze me, either (though, again, I have strong feelings about the level of the player using them).

Wrist locks are legit. They are dangerous if applied too fast, but I am as conscientious about that as possible, often losing submissions I could have caught, if meaner.

They’re also freakin’ everywhere. I have caught them from every position, and from within many submission attempts. In my study of them, I’ve tried them at the wrong time and paid dearly for it, and I’ve come up with some crazy ones that have given me surprising mileage. I’ve also been surprised to find them helping or working in matches against higher level players than you’d think.

Basics Down? Be Creative 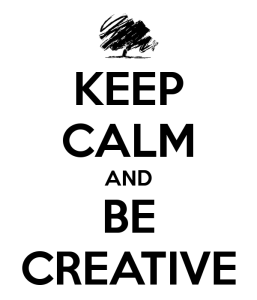 When we start jiu jitsu our jaws drop when we see the fluidity and effortlessness with which great players chain movements and attacks. What we are enamored with is the “flow” – the creativity in motion we are seeing. I see experimenting with wrist locks for the last year or two as an exercise in creativity. I want to be creative in my jiu jitsu, and if I want respect for any part of my game, it is creativity.

I encourage intermediate and advanced players to experiment with wrist locks. Here are some opportunities to practice:

• Grab the wrist a little lower when attempting kimuras, and turn them into wrist locks if resisted
• Aid your armbar set-ups with wrist attacks
• When opponents flex their wrist to fit their hand back under your armpit from side control or kesagatame, block the hand in that position and just lower your weight (slowly)
• Hand sneaking under your chin for a “chin strap” grip? Secure the elbow and attacked that bent wrist.
• Anytime you have two hands free and can control the elbow and the hand, they’re there

Have fun, and by all means share any cool set-ups (including those you find online) with me with a comment or a link, or on the mat.

For those interested, Roy Dean (a black belt in Aikido and BJJ) has released a 2-DVD set on wrist locks. This isn’t an endorsement, since I haven’t seen it, but my interest was piqued when I heard.

Posted in On Training, Technique

Leave a Reply to Greg Click here to cancel reply.